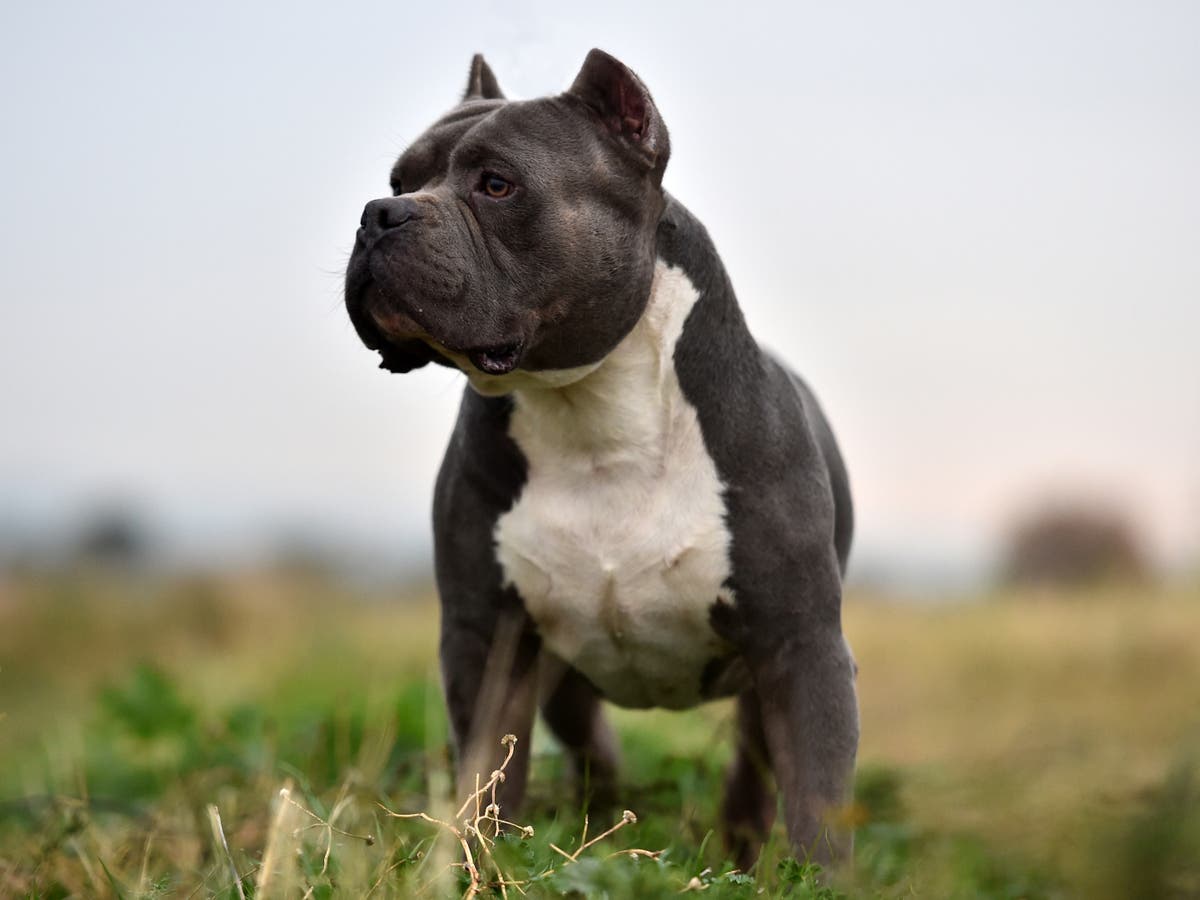 Some dog breeders are offering to ‘crop’ the ears of puppies to meet the demand generated by social media, a BBC investigation has found.

The mutilation procedure involves cutting off part of the ear flap of the American Bully breed to create a pointed look. The practice has been banned in the UK under animal welfare law, making it illegal.

The investigation revealed that a number of breeders offered to cut off the ears of puppies they thought they were selling to an interested buyer, who turned out to be an undercover agent. BBC Wales journalist.

A breeder, who was selling puppies for £13,000, said it was “a shame” cropping was illegal as it created a “striking look” in dogs.

But Paula Boyden, of Dogs Trust, said there was “no justification” for cutting off dogs’ ears and warned it could lead to infections or behavioral problems.

Some dogs whose ears have been cropped ‘don’t like having their ears touched’, she say it BBCand others have difficulty communicating with their owners or other dogs without their ears.

According to the British Veterinary Association (BVA), ear cropping is “unnecessary and painful mutilation with no social benefit”.

However, although the procedure is banned in the UK, it is not illegal to import and sell dogs with cropped ears, and it is not a specific offense to send dogs overseas for have their ears cut off.

Earlier this year, the BVA warned an upsurge in illegal ear cutting over the past five years, with the number of reports increasing by 236% since 2017.

Figures from a survey conducted by the BVA revealed that nearly six in 10 (58%) small animal vets have been presented with dogs with cropped ears in the last year.

Dobermans were the breed most often shown with cropped ears, with American Bulldogs and Cane Corsos being the second and third most likely breeds to be seen.

“This increase in numbers may be fueled by the rise in the number of celebrities and social media influencers featuring their dogs with cropped ears on platforms like Instagram, leading to the glamorization and normalization of this barbaric practice,” said said the organization.

“While [the celebrities] may have imported the dogs legally, there are people farming illegally in the UK to meet the demand,” she added.

BVA President Justine Shotton said The Independent“This investigation lifts the lid on the extent and ease with which unscrupulous breeders across the UK are using loopholes in the law as a smokescreen to perform ear cropping, a painful and cruel surgery that has no medical or wellness benefits for dogs.

“Veterinarians and animal welfare organizations are concerned about the dramatic increase in the number of dogs with cropped ears. Earlier this year, following the success of our #CutTheCrop campaign and petition with The FOAL Group, we were delighted to welcome the government’s commitment to ban the import of crooked dogs.

“The strength and depth of campaign support has sent a loud and clear signal that we must do whatever it takes to ban imports, but there is also work to be done to stamp out illegal practices in the UK.

“We hope this investigation will raise awareness about this unethical and illegal dog breeding practice and underscore the importance of always buying a puppy responsibly, prioritizing health over appearance.”

An RSPCA Cymru spokesperson added: “Ear cropping is a painful and unnecessary practice in which part or all of a dog’s ears are surgically removed or altered. This does not benefit the dog in any way and may in fact be detrimental to its health, behavior and well-being.

“Dogs should never be mutilated for cosmetic purposes and although this practice has been illegal in this country for a long, long time, we are extremely concerned by any reports that this activity is still practiced nationally, unlike the law. ”

“We are concerned that images shared on social media and used in advertising as well as sports stars and high profile celebrities buying dogs with cropped ears will make the look more popular. It can influence others to do the same – and, worryingly, may even be increasingly perceived as a “normal” look for some dog breeds.

The spokesman urged anyone who suspects illegal ear cropping activity to contact the RSPCA hotline on 0300 1234 999.

The Independent has contacted representatives for Rashford, Pinnock and Fincham for comment.

2021-12-13
Previous Post: New Laws Needed to Regulate ‘Designer Dog’ Breeders – DSPCA
Next Post: What is a Golden Retriever Boyfriend? And do I have one?