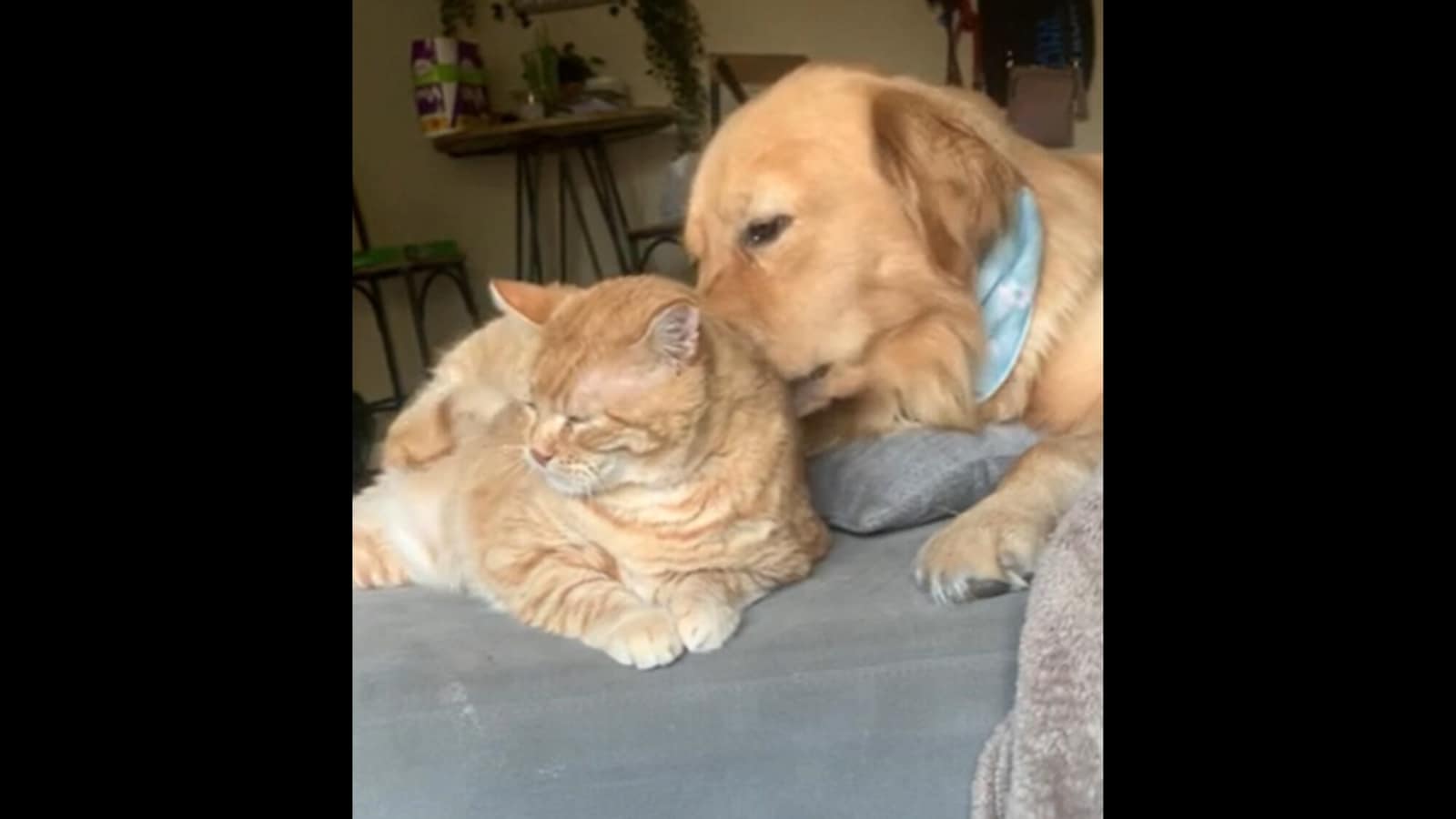 Friendships between pets, especially cats and dogs who are commonly said to not get along, are absolutely delightful to watch. One such video of a friendship between a ginger cat and an adorable Golden Retriever dog has gone viral on Reddit. It opens to show how the cat can be seen receiving something very much like a “back massage” from the dog. This video has been shared on the social media platform with a caption which gently describes what can be seen happening in this video and gives viewers more context. “The Golden Back Massage,” it reads.

The video was shared on the subReddit named r/AnimalsBeingBros. It has over 5.8 million members and its description reads: “A place to share videos, gifs and images of animals being brothers”. And chances are, that particular video that was posted on it, which shows this adorable ginger cat and a caring Golden Retriever dog, will definitely keep you watching it again and again. It might also make you want to say “aww.”

Shared about two days ago, this video has received over 10,500 upvotes so far.

“These two look like heaven. I want pets so badly! shared a Redditor. “And people say cats and dogs hate each other!” pointed out another individual. “Aww so sweet, what a lovely pet duo,” reads a third comment.