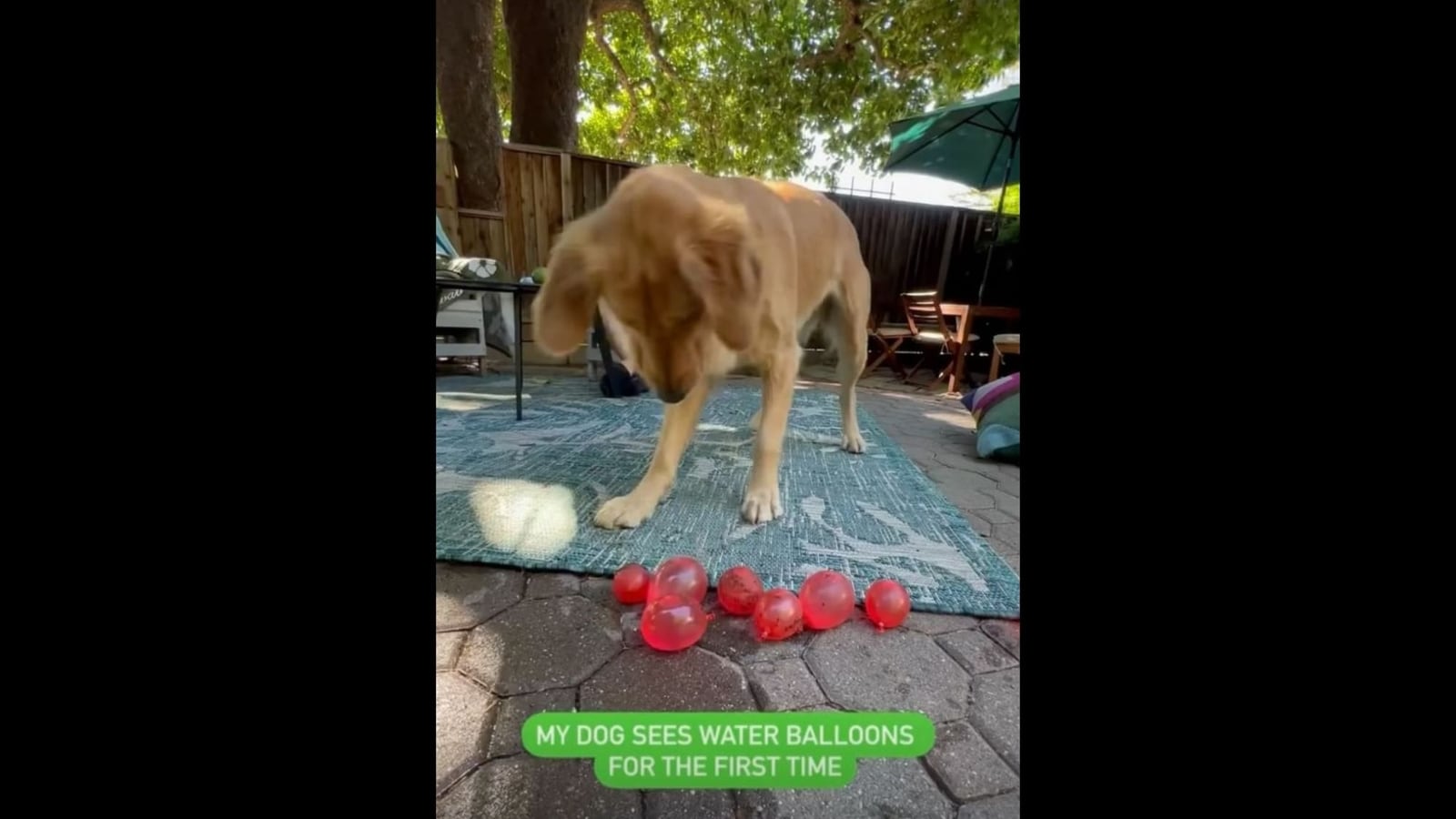 The video documenting a Golden Retriever dog’s reaction to seeing water balloons for the first time has been shared on Instagram.

Most dogs are afraid of balloons or dislike them because they tend to burst randomly. However, this Golden Retriever dog is an exception. The dog reacted differently when seeing the water balloons for the first time. He loved playing with them so much that he kept wagging his tail. The video is cute and can cheer you up.

The video, credited to an Instagram page dedicated to the dog named Atlas, was re-shared by the page that goes through dogsofinstagram. The page has over 5.4 million followers on the photo and video sharing platform and regularly shares content about dogs.

“We are also confused by the witchcraft of the magic water ball,” read the caption posted alongside the video on Instagram. The clip opens with a text insert that reads, “My dog ​​sees water balloons for the first time.” It then shows a Golden Retriever dog named Atlas with red colored water balloons. We don’t reveal anything more for you to enjoy the video.

Watch the dog’s video below to find out how he reacted:

Since being shared a day ago, the video has amassed over a million views and hundreds of comments.

One person shared how their dog reacted after seeing water balloons. She wrote, “Louie would love these! But then she would eat them.” “I wonder what Milo would do if he saw this,” posted another. “The guy in the back isn’t impressed at all. I’ve been drinking for 10 hours,” a third commented. Many have also pointed out how dangerous it is to expose dogs to water balloons.