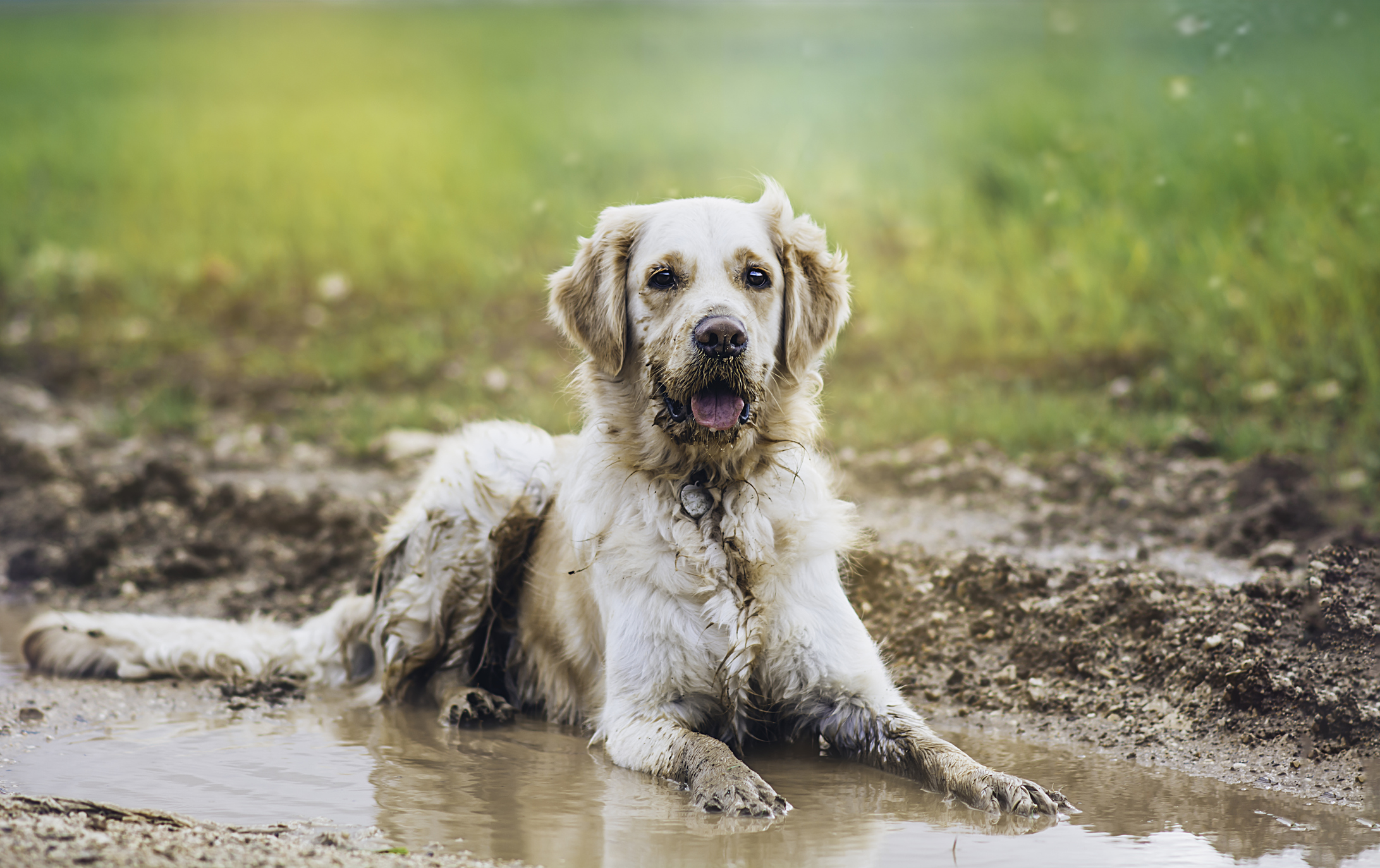 Dogs and mud. It doesn’t matter if you just got them groomed or if you just cleaned the house, if a dog sees mud, you can pretty much guarantee they’ll investigate.

Dog walker Brianne Manuel, @thecrazydoggirl, uploaded a video to TikTok of one of her walks, which shows a golden retriever called Bandit lying in a large puddle of mud.

More than four million people have watched the adorable clip of the dogs on a walk through a forest in Nova Scotia, Canada, which is captioned “Living your best life. HAHAHA”.

“Oh my god you two! Brianne says as Bandit and a black Labrador play in the large muddy puddle.

“Oh my god what a turkey,” she continues. “I can’t believe he’s doing this,” to which an unidentified male voice replies, “I know he needs a snorkel.”

“Rolling in mud or other substances can mask their scent, allowing them to sneak up on their prey more effectively,” their website says. “Dogs don’t really hunt anymore, they became domesticated through hundreds of years of human companionship. However, it wasn’t always that way.”

“Wolves have been observed to show similar behaviors, rolling around in mud or animal carcasses to mask their scent for their hunt. It’s not just wolves, it’s a fairly common staple in the canine family and several other species of predators have been observed using the same techniques.In some cases, this is a learned behavior.Unfortunately, humans and dogs do not communicate well with each other.

“Often we make mistakes, often early in the dog’s life, which leave lasting repercussions. If when your dog was a puppy he was running around and playing in the mud and you thought that was adorable, you may have made it continue. This behavior.”

Many users were thrilled with the video, with one saying, “The dog looks like I’m lying here, maybe she won’t notice the bottom half is covered in mud.” to which Brianne replied, “If you blur your eyes…Wait now, it’s a choccy lab.

Another user commented, “We call these chocolate dipped golden ones, they’re my favorite.”

Some users have described their own experiences with dogs and mud.

“My dog ​​did this once. He rolled over completely in it and then he decided to roll in dry dirt. He was literally covered in mud,” said one, while a another said: “Oh my dog, my father would have had a heart attack!”