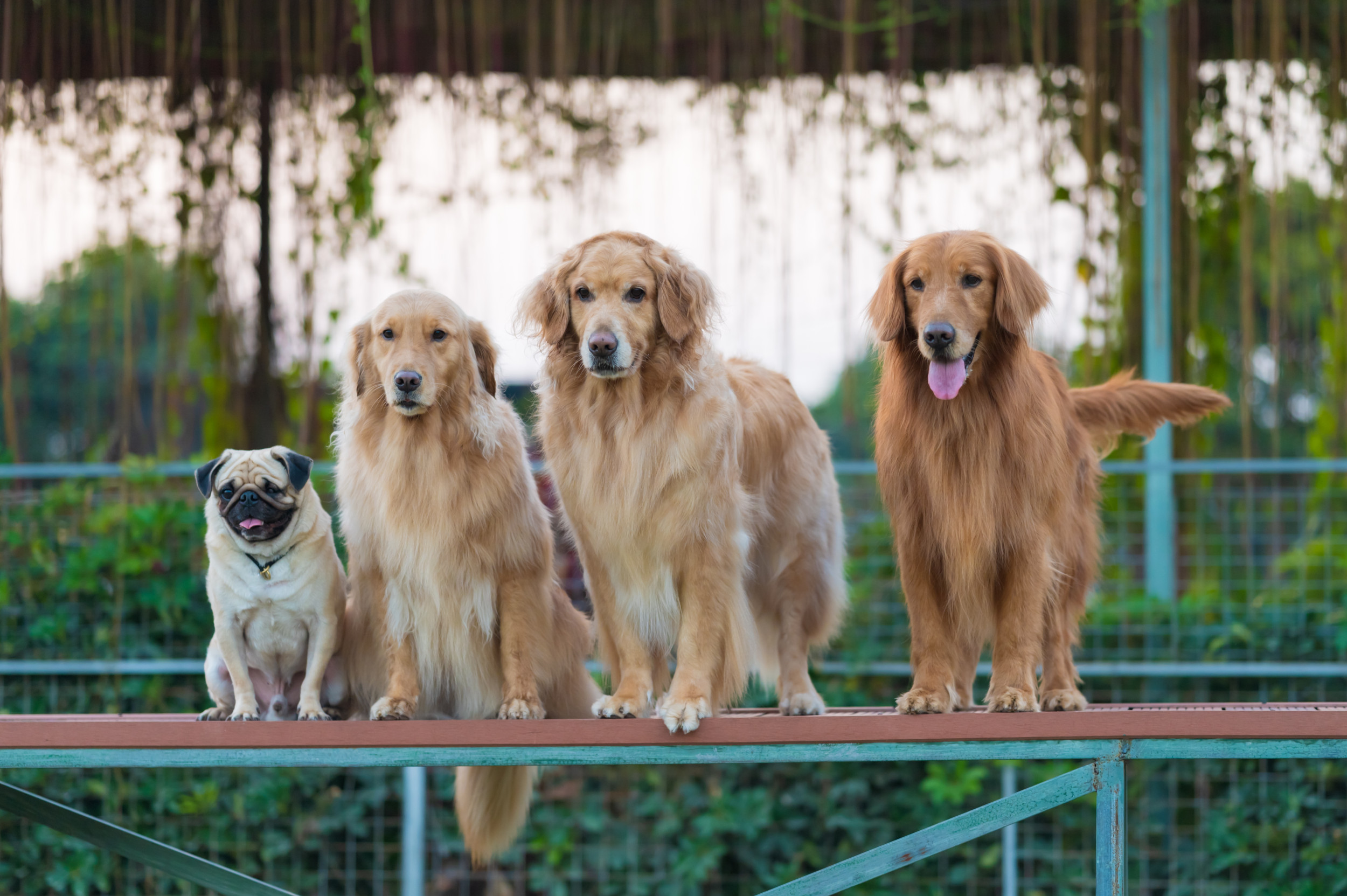 A video of a golden retriever appearing to have a unique connection to pugs has gone viral on TikTok, where it has amassed 1.1 million views at the time of writing.

The clip, posted from the TikTok account @thatgoldendog, was covered with a message that read: “Bear, why do you like pugs so much?” as the video showed the dog cuddling, playing and posing with pugs. “They remind me of you [red heart emoji]“, another message superimposed later in the video read.

The video was shared with the caption: “Bear is picky with his dog friends, but Pugs has a way to his heart. [red heart emoji] and it’s because of you, Pugsly. [rainbow emoji] (2004-2017) #goldenretriever #pug #dogsoftiktok #dogtok.”

As touching as the golden retriever‘s love for pugs may be in the latest viral video, can dogs really bond with other dogs?

A March 2019 study published in the peer-reviewed journal Scientific Reports, who examined the relationships that companion dogs form with their owner and with other dogs living in the same household, found that “dogs can form relationships of comparable quality with humans and other dogs, and that these Relationships vary along several components across different partners.”

The study found that relationships between companion dogs are characterized by three elements: reference, affiliation and stress and that “on the whole, dogs refer more to their owner, but also that some dogs form stronger affiliate bonds with their peers. [a member of the same species] than with their owner.”

Do dogs mourn the death of their puppy friends?

A February 2022 study published in Scientific reports found that “a dog may exhibit bereavement-related behavioral and emotional patterns when a close fellow mate dies, some aspects of the latter may be related to the emotional state of the owner”.

According to the study, which interviewed 426 Italian adults who owned at least two dogs, one of whom died while the other was still alive, “multiple logistic regression indicates that both a friendship or parental relationship between two dogs but also the fact that the dogs used to share food and the owner’s grief and anger are the main predictors of negative behavior changes.”

Dog owners reported a change in the “activities (‘playing’, ‘sleeping’ and ‘eating’) and emotions (fear) of the surviving dog” following the death of the pet dog, “which occurred depending on the quality of the relationship between the two animals.

The latest heartwarming video has melted the hearts of TikTok users.

Newsweek contacted the original poster for comment. The latest video has not been independently verified.