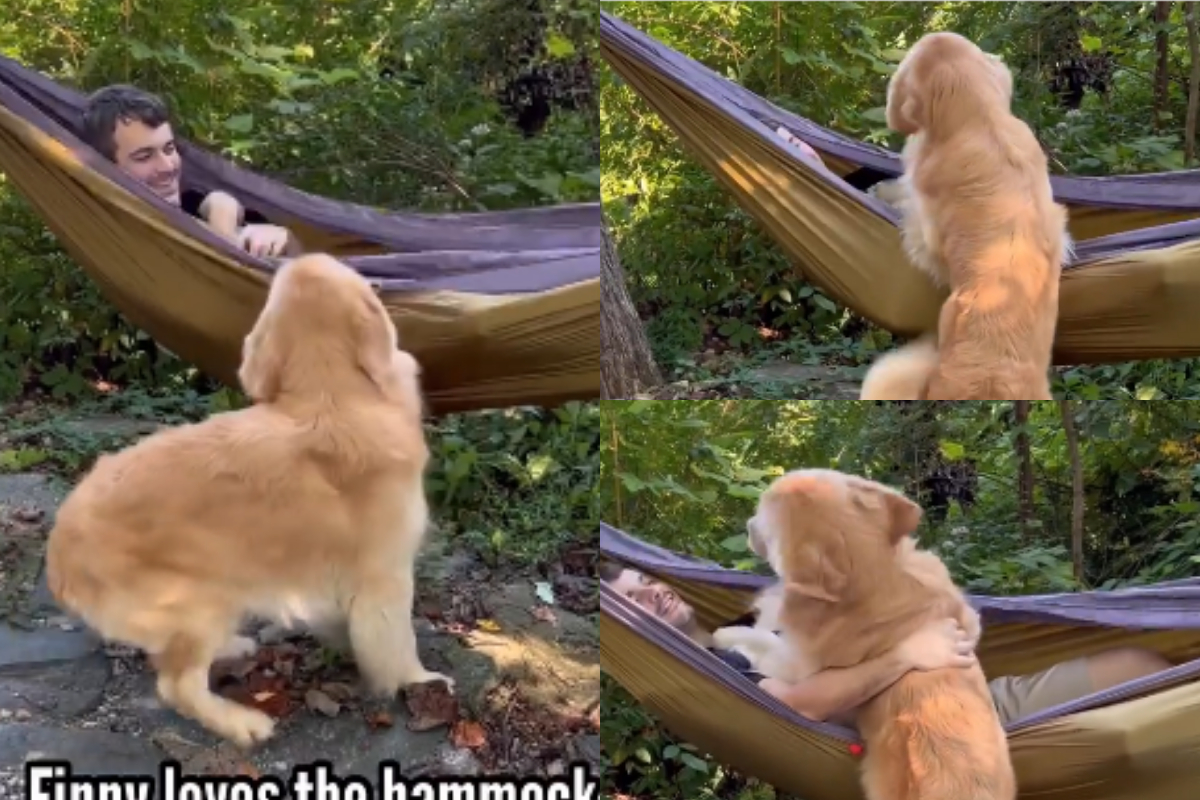 Dog videos are fun to watch and often make people smile. Like this video of a Golden Retriever named Finn. The video shows the adorable pooch’s efforts to persuade his dad to let him sit in the hammock.

The footage was posted to the dog’s Instagram profile, which he shares with his Golden Retriever siblings. The page is full of fascinating videos of the dogs’ exploits. The hammock related video has a simple but nice caption. He says, “Give me a hand, dad.”

The video was uploaded a few days ago. The video has had over 2.7 lakh views since it was shared, and the figure continues to grow. The post also received nearly 33,000 likes. Many people expressed their feelings in the comment box of the video.

“Precious moments,” wrote one Instagram user. “Aww the last hug,” said another. “The smile of contentment at the conclusion,” observed a third person. “I guess Dad thought the hammock was his, but it was really for Finn.” “Lol,” said a fourth. “You warm my heart,” wrote a fifth.

Watch viral: One man’s efforts to feed stray dogs in his neighborhood

The clip received over 46,000 views. People expressed their feelings in…