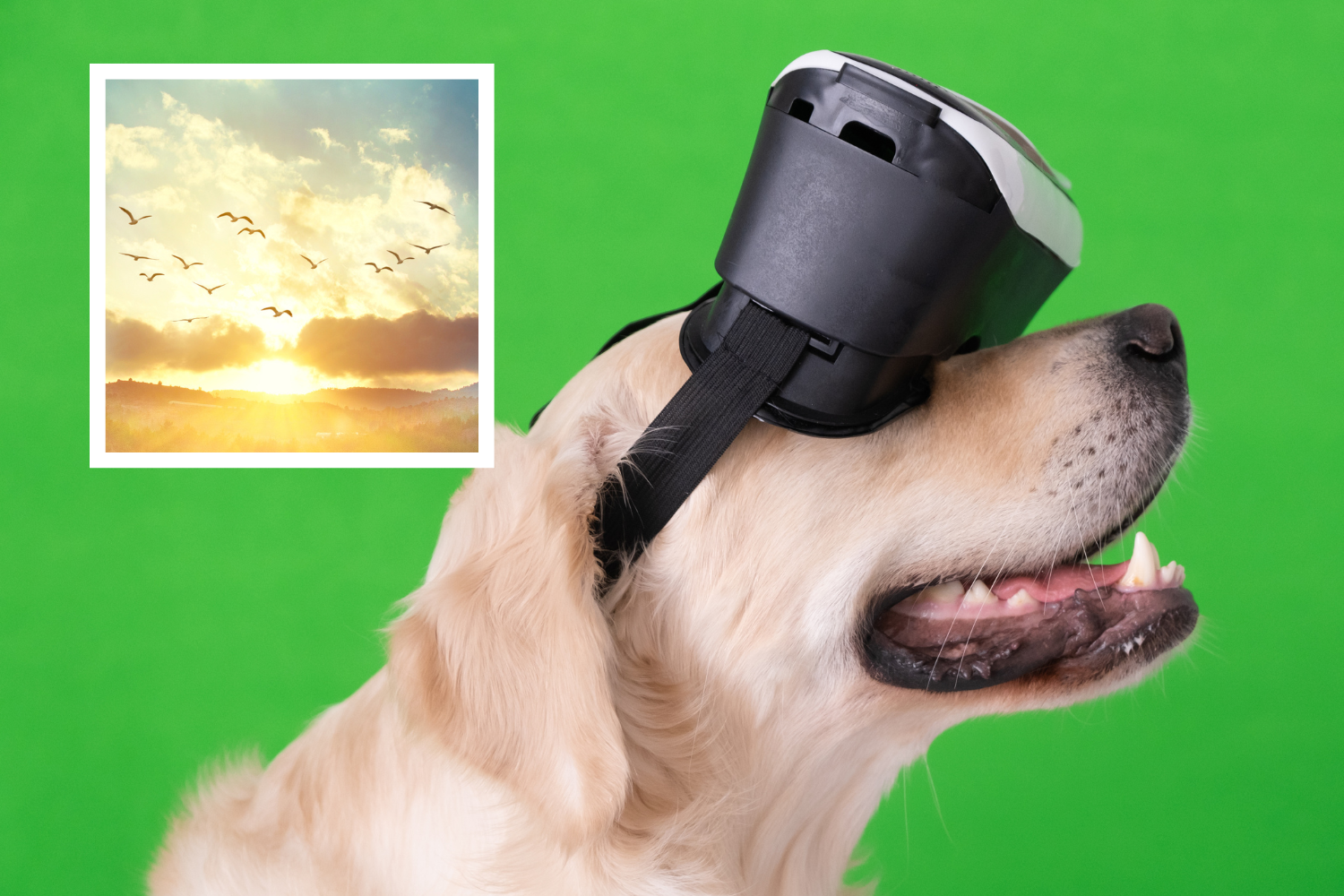 A dog trying out a virtual reality (VR) headset has thrilled the internet this week after gaining viral attention.

TikToker markeyla5 shared the video on August 30 which has since received over 650,000 views.

Many trace the origin of virtual reality to the 1800s, when Sir Charles Wheatstone first described the process of stereopsis. His research demonstrated that when viewed through both eyes, the brain combines two photographs of the same object taken from different points, creating a sense of depth and immersion.

This led to the creation of the stereoscope, a device that used a pair of mirrors at 45 degree angles to reflect images.

In the 1990s, SEGA and Nintendo were launching VR headsets for gaming, and today VR is increasingly a part of life and is now used to deliver immersive gaming experiences, help treat psychological disorders, teach new skills and even take terminally ill people. virtual trips.

In the video, the golden retriever receives a VR headset with a photo of the outdoors. As a helpful human holds him to his head, he looks down at the ground and then up to the sky where he can see birds.

Looking around with a smile on his face, the pup’s adorable reaction thrilled the internet. “That’s what I meant when they said ‘animal testing,'” one commenter joked.

“At this point the dogs must think we’re gods,” wrote another, while a viewer said, “He probably thought he was in another dimension.”

“I was expecting him to run straight into a wall,” said another reply, and one viewer pointed out a potential flaw in the innovative idea: “Dogs can’t see the full spectrum of colors , so it would be a very different experience for him.”

This isn’t the first time we’ve seen animals enjoying a bit of virtual reality. In fact, earlier this year, a farmer in Turkey revealed that he gave his cows VR headsets to reduce their stress, with the aim of making them produce more milk.

İzzet Koçak has worked in the agricultural sector for three generations and takes care of more than 180 cows.

The animals were fitted with virtual reality goggles that simulated green grass to see if it would reduce their anxiety. “They look at a green pasture and it gives them an emotional boost,” Koçak said. “They are less stressed.”

After giving two animals the VR goggles, Koçak said a cow that gave 22 liters of milk produced 27 after wearing the goggles.

2022-09-09
Previous Post: These XL Pitbull breeders are changing the negative image of the Pitbull dog
Next Post: Meet Elvy, a Labrador Retriever and Brown’s Newest Department of Public Safety Member