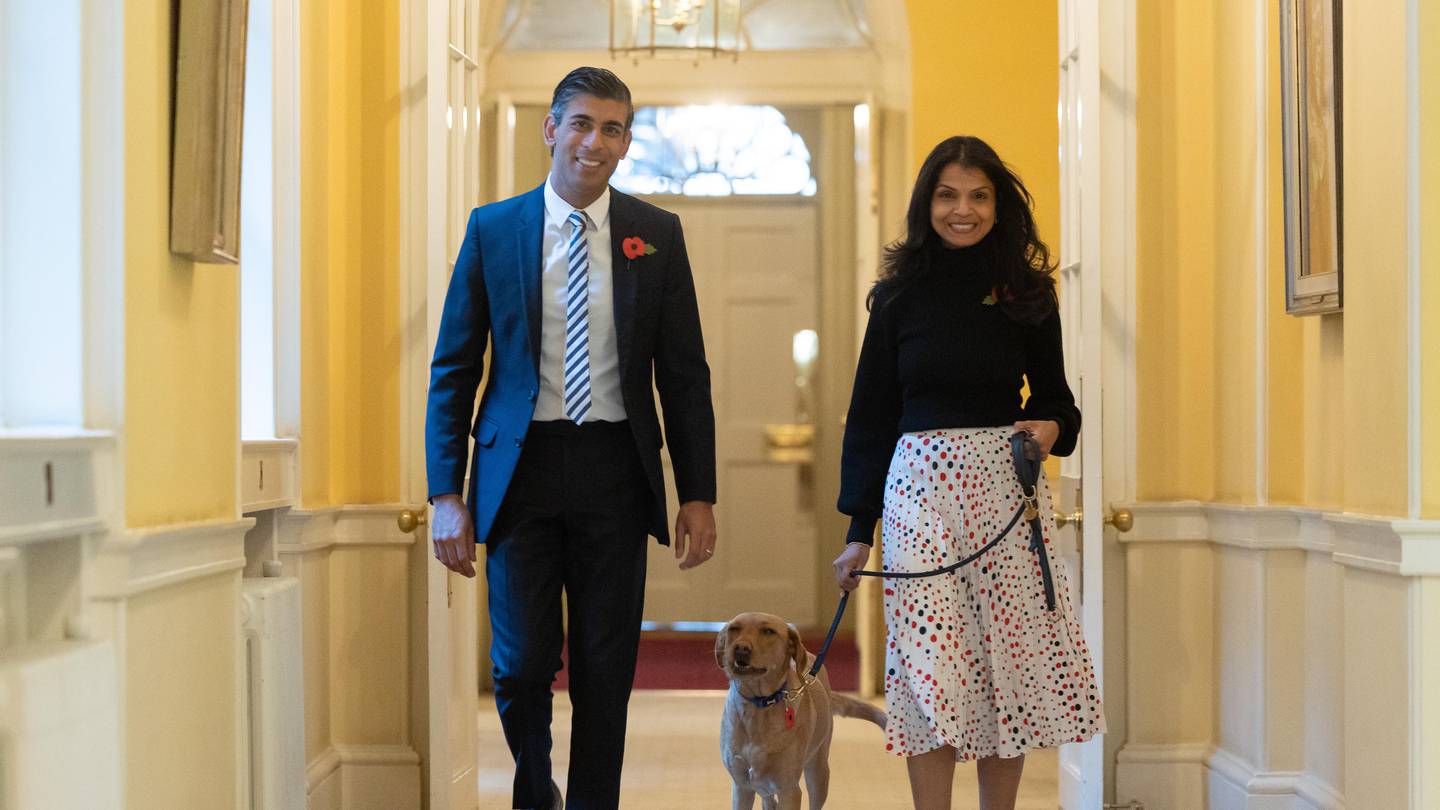 Sunak adopted the pooch in June 2021 and shared the first photo of her, captioned “Meet Nova.”

Sunak and Murty posed outside their residence to buy poppies and a poppy appeal dog collar for members of the Royal British Legion ahead of Remembrance Day. The day is recognized in Commonwealth countries and remembers members of the armed forces who have died in the line of duty.

This is not the first time that Nova has lived on the famous street in London. When Sunak was Chancellor of the Exchequer, the family lived at Number 11.

Sunak has often posted pictures of the family pet in her office, once joking on Twitter that she doesn’t find the UK economy interesting, as he shared a picture of her sitting next to him reviewing documents in October last year.

According to K9 Web, an online dog-ownership community, these are hunting dogs with “red coats.” Healthy female red fox Labs weigh 25-32 kilograms, while males weigh 29-36 kg. They are often confused with Labradors that have been crossed with Vizslas, but they are actually purebred Labradors with different colors.

“These sweet dogs are a great addition to any household, even if you have a young child or a small pet, as long as your pooch has been well socialized.

“It was noted that Red Labs maybe more barker but even if they bark at strangers, it’s more of an invitation to play than a warning.”

Sunak is not the first British Prime Minister to move a pet dog to 10 Downing Street.

Johnson had Dilyn, a rambling Jack Russell who the former prime minister and his wife, Carrie Johnson, adopted from the charity Friends of Animals Wales.

Sir Winston Churchill moved his dog Rufus to 10 Downing Street in the 1940s. The dog was run over in 1947 and replaced by Rufus II.