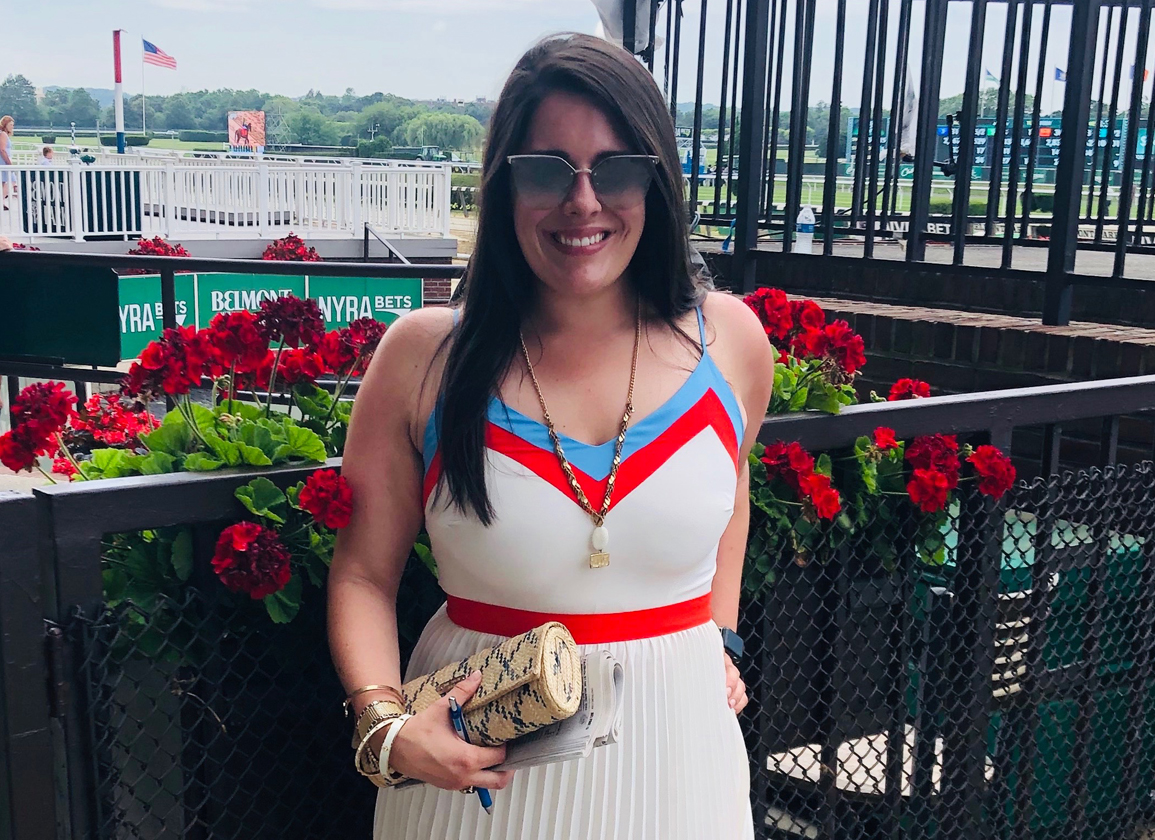 Also this week, Breeders’ Cup announced that the Breeders’ Cup Challenge Series: Win and You’re In program will feature 82 qualifying races across 11 counties. New this year, the 2022 series in the United States has been restructured into a regional qualifying program to balance divisional competition across the country. Learn more here.

The NDT spoke to Courtney Reid, Director of Racing and Industry Relations at Breeders’ Cup, to find out more about these new programs ahead of this year’s Breeders’ Cup World Championships in Keeneland. The following has been edited for brevity and clarity.

TDN: How did the idea for the Dirt Dozen come about?

Reid: Just like the Challenge Series, we try every year to make our races more appealing to our riders. We’ve decided that offering bonus money for these 12 high-stakes races is a great way to cover the championship dirt race entry fee. The incentives offered with this program will not only add runners to our championship races, but will also hopefully help bolster the field sizes of the 12 races selected for the Dirt Dozen. So far we have received positive feedback from the race secretaries included in the program.

TDN: How are the program divisions made up and how will bonus credits be awarded?

With these races, a horse could technically get complete free entry into the championship if it ran in both races in the division. With the example of Qatar Racing Breeders’ Cup Sprint, if they raced in the GIII Smile H. and the GII Santa Anita Sprint Championship, they could have the entries fully paid if they won both.

TDN: Do you think that in the past entry fees have prevented horses from competing in the Breeders’ Cup?

Reid: I don’t think entry fees have been the biggest factor that has held horses back, but I will say that over the years prohibitive favorites have discouraged certain outfits that might be on the fence. But if you take last year for example, we had three heavy favorites in Jackie’s Warrior, Gamine and Letruska who were all defeated, so you never know. We hope this new program will be an added incentive for connections that might be on the fence.

TDN: Why was it necessary to create this program specifically for dirt racing?

Reid: We have 56 turf races on the Breeders’ Cup Challenge Series schedule, so we believe there is plenty of room to automatically qualify in a Challenge race for a turf race. We wanted to give more opportunities for dirt racing. Historically, dirt races across the country, especially in stakes races, have not been as crowded as in grass races. It was an opportunity to strengthen our dirt races.

TDN: Could you provide an overview of the restructured format this year for the US Regional Qualifying Program?

Reid: The Breeders’ Cup Challenge Series is in its 15th edition this year. We will have 82 challenge races around the world in 11 countries covering all divisions. We have 43 nationally and 39 internationally.

At the national level, we have restructured the program to establish regional balance across the country with an East, West and Midwest division. In 11 of the 14 divisions, there will be one Breeders’ Cup Challenge Series race per region. We wanted to make sure that one part of the country did not have an advantage over the other.

TDN: What are the most notable changes with races that will or will not be considered wins and here you are?

Reid: For example, in New York, the Jockey Club Derby, John A. Nerud S., and Personal Ensign S. are no longer Challenge races, but they have won the Pilgrim S. and Miss Grillo S. Some of these categories also had many races in certain parts of the country, so it was an effort to balance it all out. For some of the dirt races that lost the Challenge Series designation, we were able to add them to the Dirt Dozen program.

The GI Longines Breeders’ Cup Classic is an exception here. This is our richest and most populated race, so we continue to give more opportunities to earn automatic qualifiers in this division. With that, four of the six US Classic Division races will be nationally televised on NBC and CNBC for Breeders’ Cup Challenge Series programming.

TDN: With this new setup, do you expect to see regional rivalries forming on the road to the World Championships?

Reid: Absolutely. Rivalries are part of what makes sports more interesting and exciting. We want to see fans engage with horses in their part of the country. There are sure to be California racing fans rooting and betting on their local horses to beat the best from the East and Midwest at Keeneland this fall.

TDN: The Breeders’ Cup Win and You’re In Challenge series has evolved since its launch 15 years ago. What do you think has made it so successful over the years?

TDN: As you plan for the Breeders’ Cup World Championships in Keeneland this fall, how do you see the evolution of entries with respect to these new formats and programs.

Reid: We always get a significant number of our challenge winners to compete in our championship races and hope our Dirt Dozen program will have the same results. We hope he adds one or two or even three or more runners per dirt race. Our goal is to increase the size of the field for our races. We want to offer the most competitive betting races and provide entertaining races for our fans every year. We think this year at Keeneland will be an exceptional experience.

TDN: Will there be any major changes or updates this year specifically with regards to international participation, given their incredible results last year?

Reid: The only international change to the Challenge Series is that at Royal Ascot the King’s Stand S. will replace the Diamond Jubilee S. The King’s Stand is a five furlong race, best suited for a racer in our Championship Turf Sprint division.

We expect to have another strong international competition like we did last year. We are constantly looking for connections there. Josh Christian will be making a few trips overseas and we have our international liaisons, John Fulton in South America and Kate Hunter in Japan, who do a great job for us raising awareness and helping recruit riders to come to the championships.