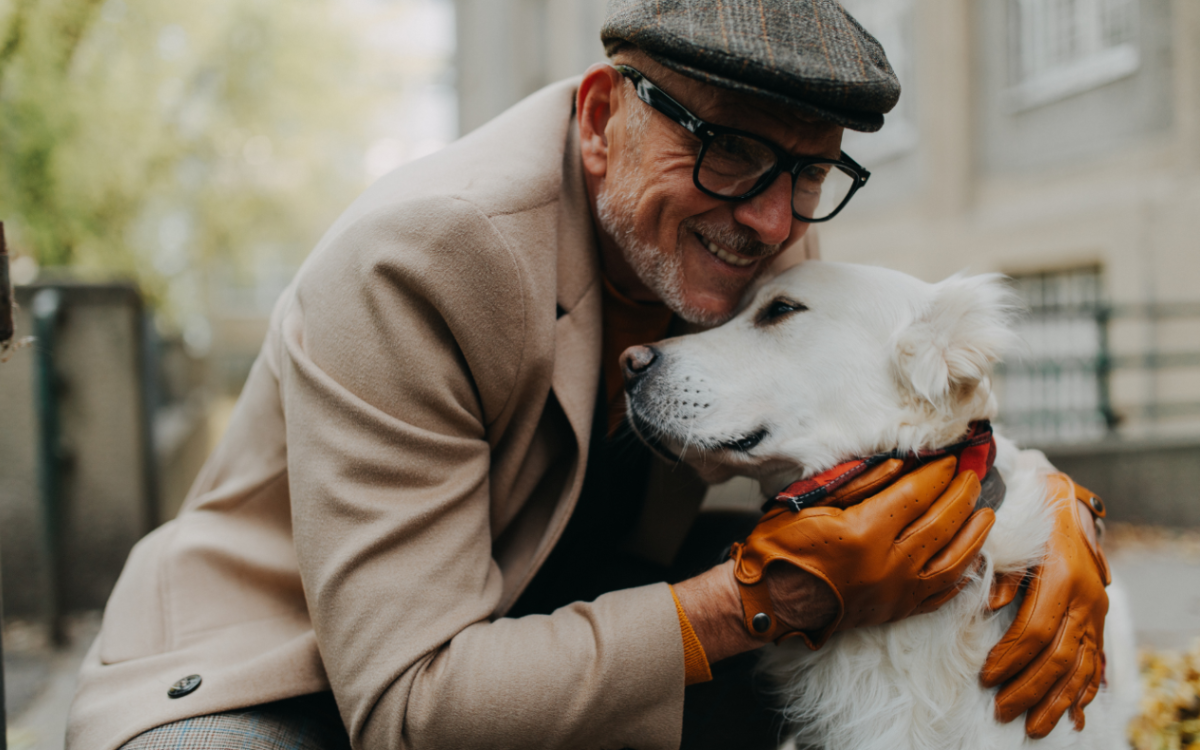 A video highlighting the sweet friendship between an 11-year-old golden retriever and his elderly neighbor gave viewers that warm, fuzzy feeling inside.

Maisy’s connection to Richard, a 90-year-old resident of a nearby retirement village, first gained attention after the dog’s owner shared a selection of clips on TikTok under the mspeelhmb handle.

In the most popular video, which has been viewed 1.4million times, Maisy can be seen wagging her tail and growling softly in excitement as Richard walks towards her using a walker.

Once he joins her, Maisy wastes no time in going for a hug – and Richard is only too happy to oblige. The heartwarming images can be viewed here.

In 2021, the American Kennel Club used registration data to compile a list of the nation’s most popular dog breeds. In the list of 197 breeds, Golden Retrievers ranked third overall, just behind Labrador Retrievers and French Bulldogs.

The Golden Retriever‘s popularity can be attributed, in part, to its outgoing, outgoing attitude and eagerness to please.

Maisy is the perfect showcase of animal friendly behavior. In a second equally adorable video, we see her waiting to greet Richard with a leaf in her mouth, ready to give it to him as a gift. Watch it here.

A third clip shows her cuddled up close to the 90-year-old’s legs in a clear display of affection. It seems from the videos that their morning meetings happen regularly and Richard looks forward to them as well.

In the clips, he can be seen moving around at a steady pace, obviously eager to greet his canine pal, and wave when Maisy and her owner appear, much to the delight of TikTok viewers who left messages of appreciation for the two friends. .

Shauna Seymore was mesmerized by the way they interacted like “a couple of old friends” while Sara Mason was thrilled by the sight of “two seniors in love”.

Jeepstar1960 described them as “2 beautiful old souls” and locanananma commented, “It’s a special friendship. How alike they are.”

Melissa Navarrete said: “It means more to this elderly gentleman than we will ever know.”

Fuggedaboutit also had a message for Maisy’s owner, writing, “Richard needs a dinner invite. These 2 need more time to bond.”