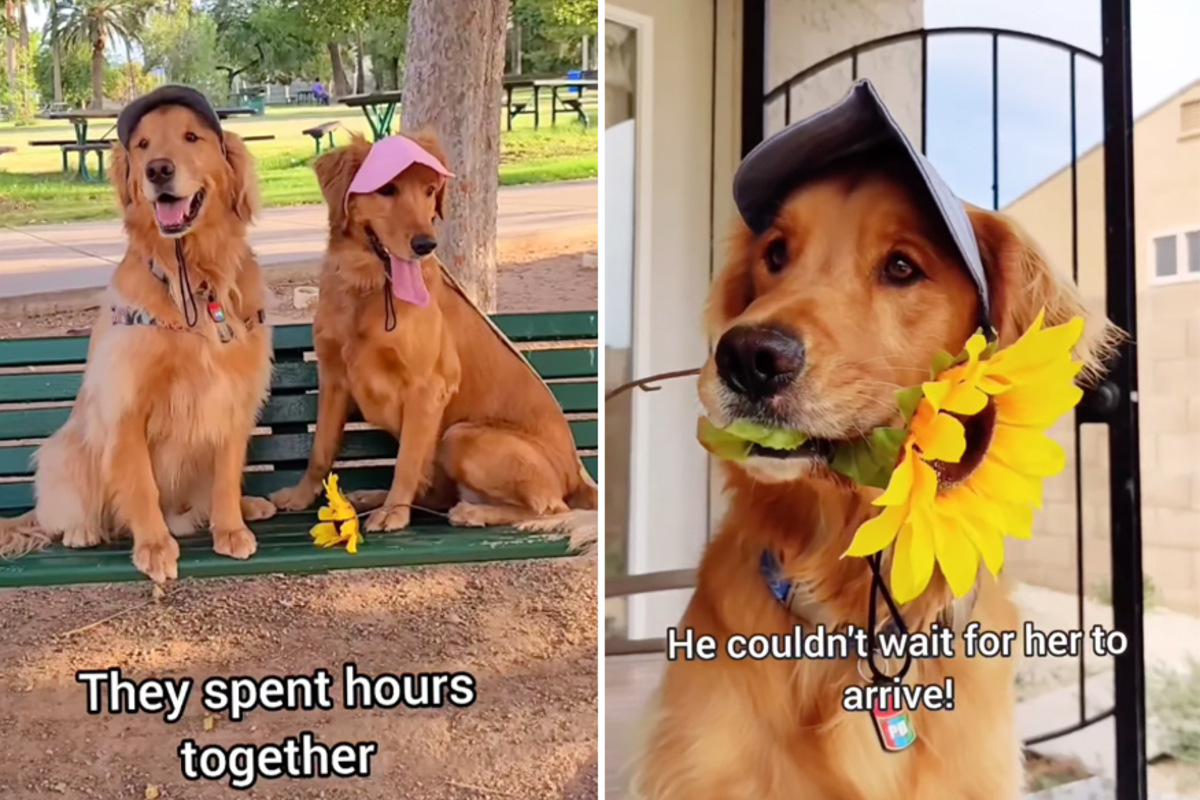 A golden retriever named Sammy clearly wanted to make sure he made a great first impression on his date with the dog, and his owner helped him prepare for the big day.

Phoenix, Arizona – A Golden retriever got a makeover for his very first date with a puppy in a viral video that will turn your heart into a puddle of mush.

It’s not every day that you see a video of a dog getting ready for his very first date with a puppy. But when you stumble upon it, it’s a must-have watch.

Enter Sammy the golden retriever, a handsome Instagram “puppy-fluencer” with his own dedicated page that has garnered over 122,000 followers. In one particular video that has 2.7 million views, the adorable pooch is getting ready for his first doggy date.

For starters, Sammy’s human gives him a good shower to make sure he smells good and looks fluffy in all the right places. Then, the two buddies embark on a flower-picking journey, where Sammy literally smells of roses until he stumbles upon the perfect flower for his canine sweetheart: a sunflower.

Finally, it was time for the date, where he took pup-fluencer Layla the golden retriever to her favorite park. In the video, the two puppies, who are wearing pink and blue baseball caps with cut-out ears respectively, are seen walking around the park, playing on a bench while lounging on each other and engaging in a favorite dog activity. : observe the ducks from a safe distance.

At first glance, it’s safe to say that Layla and Sammy had a blast!

2022-09-17
Previous Post: Man Shares 5 Things His Golden Retriever Taught His Puppy And It’s Beyond Cute
Next Post: Golden Retriever Puppy’s Reaction To Watching ‘Up’ For The First Time Couldn’t Be Better