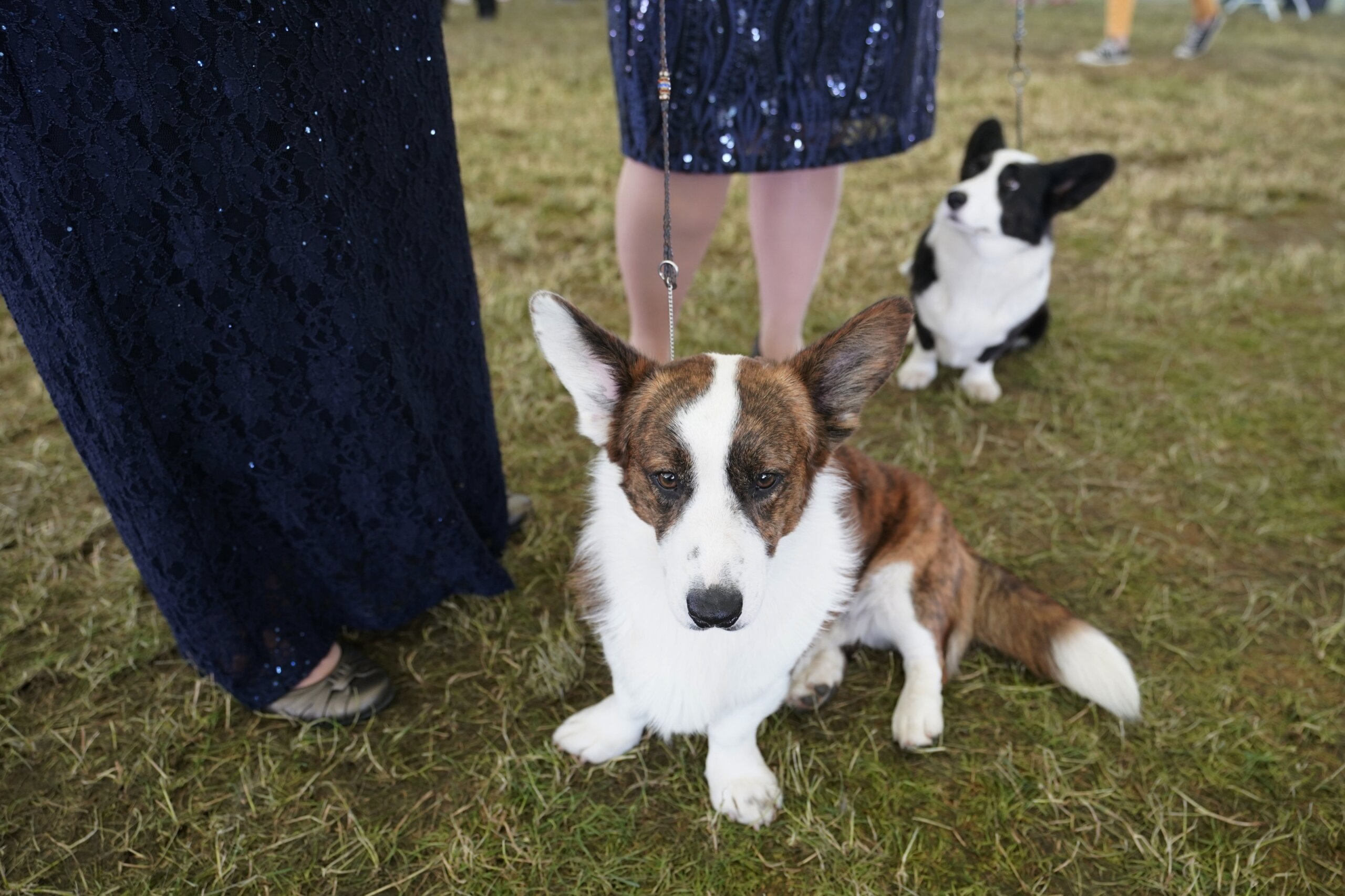 The official name of the breed belonging to the Queen: the Pembroke Welsh Corgi. This is Queen Elizabeth’s favorite tailless variety. The Cardigan Welsh Corgi, which has a tail, is not only a different breed, but the two have “completely different origins,” according to the American Kennel Club.

Tributes to Queen Elizabeth II are pouring in – from corgis and (presumably) their owners all over the world.

Corgis are the short-legged herding dogs that seemed to accompany the Queen wherever she went. Photographs of Princess Elizabeth from the time as a little girl include an image of the future queen cradling a corgi in her arms, with another at her feet.

Even when the dogs misbehaved, the Queen continued to revel in their company. She has always been loyal to the breed, even when she was left with stitches in 1991 after trying to break up a fight between a group of her favorite dogs.

Hours after Queen Elizabeth II’s death, Facebook posts included condolence cards with drawings of corgis, including one with a small crown on one ear that read: ‘Queen Elizabeth II always in our hearts Corgis everywhere “.

Other social media posts directly address the late monarch with statements, like this one from Northern Nevada Corgis, “RIP Queen Elizabeth II. Thank you for loving corgis so much.

Yet other posts worry about who will look after her corgis she would have had at the time of her death.

Carrie Chase, like the late monarch, shares the Queen’s love for corgis and understands the reactions to her passing on Facebook.

“All the corgis are there, everyone is sad about it. We appreciate what she has done for the breed and have always had great admiration for the queen.

Chase, who lives in West Virginia, is an American Kennel Club judge. She breeds Corgis and is a member of the Pembroke Welsh Corgi Club of the Potomac.

One of his dogs, Champion Hum’nbird Keepn Up ‘Pearances, was the winningest Pembroke Welsh Corgi of all time and won the Herding Group at the Westminster Dog Show.

Corgis, Chase said, “look like little foxes with short legs and they have a lot of personality.”

Some members of the royal family might have expressed this differently. The Queen’s dogs broke the ankles of staff – and some visitors. This behavior, Chase said, is no mystery. She says it fits their job as herdsmen.

“They were biting the heels of cattle on the way to market,” Chase said. And those short legs and low profile were a plus. “They can stoop lower to the ground and avoid kicking cattle.”

The official name of the breed belonging to the Queen is the Pembroke Welsh corgi. She preferred the tailless variety. The Cardigan Welsh Corgi, which has a tail, is not only a different breed, but the two have “completely different origins,” according to the American Kennel Club.

Chase said that although Corgis are small in stature, they have big personalities; and like large dogs, they are athletic.

2022-09-09
Previous Post: Golden Retriever trying to convince his owner to let him sit on a hammock
Next Post: These XL Pitbull breeders are changing the negative image of the Pitbull dog