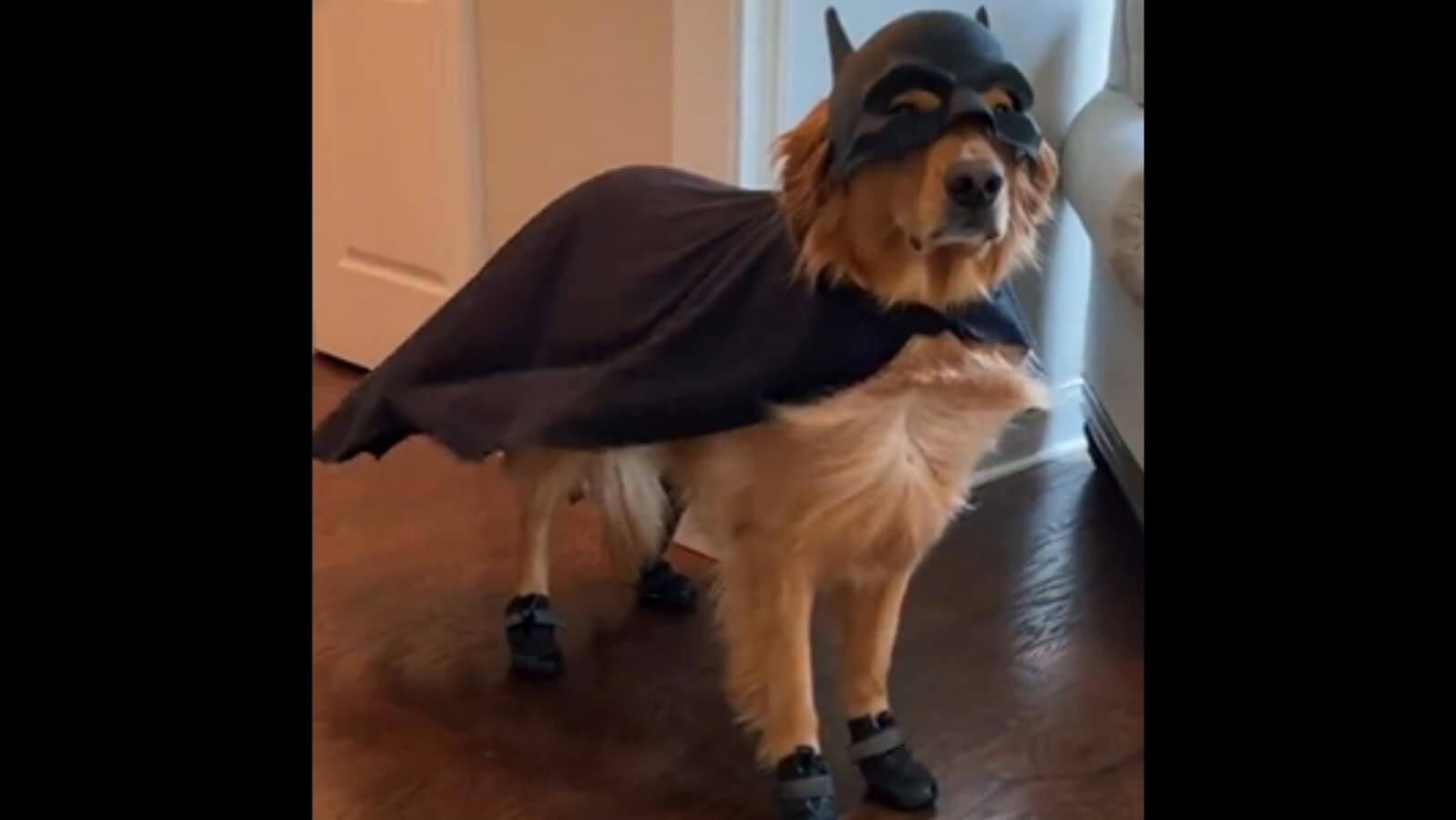 The pet parent dresses up his Golden Retriever as a “bat dog” ahead of Halloween. Watch | Tendency

With less than a month until Halloween, people are preparing to scare each other on this spooky occasion. And some of them even dress up their furry friends to kick the fun up a notch. Now, a video of a Golden Retriever dog dressed up for Halloween is going wildly viral on social media, and it might even inspire you to dress up your pet.

The video was shared on Twitter by a user who goes by the handle @aguyandagolden. The Twitter handle is dedicated to the Golden Retriever Teddy and his parent Johnathan. “23 days to Halloween. Batdog is ready,” read the caption posted with the video. It also accompanied several hashtags, including #dogs and #goldenretriever. The 7-second clip shows the Golden Retriever dog wearing Batman’s cape, boots and cowl and happily posing for the camera.

The video was shared a day ago. It has since garnered over 10.9 million views and counting. The share also received several comments.

“I’m your huge fan,” one individual posted. “Batdog is ready,” another commented. “Batdog should definitely enter the Halloween costume contest,” wrote a third. “I hear the Batman instrumental theme in the back of my head watching this,” said a fourth.